Skip to content
Written by Joshua Riley on November 21, 2016

The first thing you will notice when shopping for vintage style plus size dresses is the nice little price tags they have. A dress that costs two thousand dollars had better be a bloody beautiful dress and the thing is some of them aren’t, they are made by some hoity toity designer, so the name is right but the clothes themselves are hideous and the only reason no one says anything is because they don’t want to ridiculed for not knowing what is fashion and what is not. 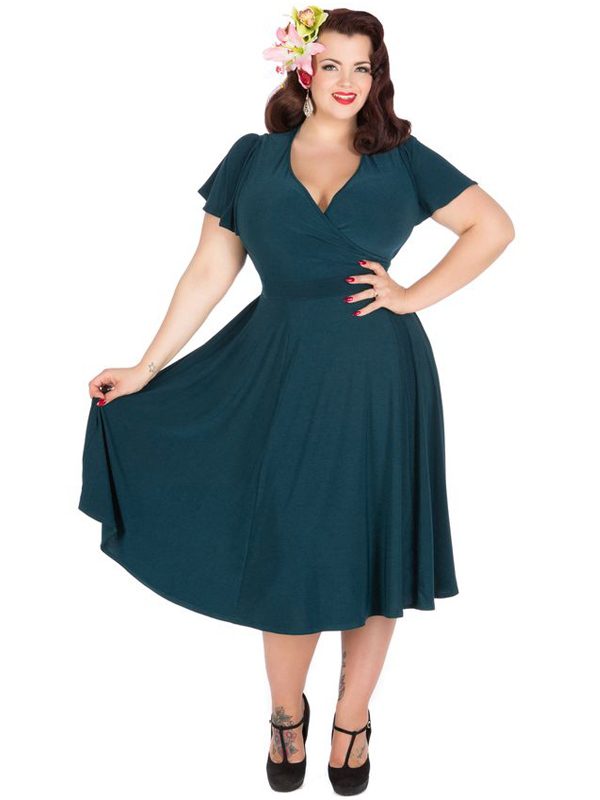 I am quite happy to admit that I know nothing about fashion but I do know when someone looks like an absolute git, and walking around in a dress that has conflicting patterns and colours so glaring they hurt the eyes if you look at it too much and the shape is designed to turn a woman into a box of some kind, is git making material. Go ahead and spend the thousands of dollars on a piece of material so small it would be easier to use as a hanky than try to put on and be proud that you are wearing a designer label.

All your very trendy and fashionable friends will be green with envy whilst the normal Joe on the street will be wondering if someone made a bet with you to wear the monstrosity you have on your back. Mind you we don’t mind when the ultra-wealthy make total fools of themselves and don’t mind a quiet snicker when they go clomping past in their thousand dollars shoes, carrying a bag your wouldn’t throw up in and a dress so uncomfortable looking, it makes you itch to see it. It does so liven up an otherwise dull day and we may even take a photo to show all our friends later, so if you think you are looking so hot that strangers are taking your picture in the street, look again. They are uploading what they are seeing to all their Facebook friends and asking if aliens have landed or maybe it is a sci-fi convention somewhere.

Yes you will say it is envy talking and that we are just all jealous that we can’t afford to buy the high standard clothes and shoes, well yes it is envy, envy that we don’t have enough money to waste on rubbish clothes. Jealousy that all the money you spent to look like a hallucinogenic nightmare we could have used to buy a new used car or spent on rent and not had to worry about it for the next couple of months. That all our bills could have been paid up and done for the rest of the year, that is the envy with which those of us that buy at department stores live with, when we see you go trotting past. It isn’t the duds you are wearing, it is the naivety and stupidity we envy.